Should You Worry About Asbestos In Your Home Or Business?

When you hear the word "asbestos" you may think of a dangerous product that can cause health problems. Until recently, asbestos was a commonly used product before exposure problems began to pop up. Chances are, your home or business has some sort of asbestos product, especially if it was built before there were changes in the laws regulating the material. However, you may not need to worry about whether or not it affects your health or need to have it removed. Here is more information about asbestos and whether or not you should remove it from your home.

Asbestos is a common naturally fibrous material that had excellent heat resistance. A large portion of what they were used for was for fire-resistant insulation and around heat sources such as hot water pipes. They were used in a wide range of products including floor and ceiling tiles, car parts, roofing shingles and even some types of cloth. While its use has recently declined due to increased regulation, it is still used in some construction, automotive and textile products.

Why is asbestos a problem?

While asbestos was touted as one of the best fire-resistant materials available, it became apparent that it had serious health risks. One of the most serious risks is a type of lung cancer called mesothelioma. This type of cancer generally strikes people who have been exposed to a large amount of asbestos over time. Lung scarring and other complications related to asbestos have also been reported. The problem comes from the tiny fibers of which asbestos are made. These fibers enter the lung easily and lodge in small places where they stay.

Should you be worried about asbestos in your home?

Generally, as long as the asbestos product stays intact, you should not have any problems. However, sometimes asbestos can be dislodged by accident or when a product gets damaged. Things like a roof or ceiling collapse or work on your HVAC system may cause asbestos fibers to be released. A small amount of asbestos exposure on a one-time basis will probably not cause long-term problems as long as the risk of exposure is immediately abated and the exposed asbestos are removed.

If you are concerned about asbestos in your building and want it removed, then call someone who specializes with asbestos removal to help. Don't remove asbestos on your own as you may cause a large number of fibers to be released into the air. These fibers are so tiny that you won't even know that you've been exposed. Professional asbestos removal companies wear special equipment and take extra precautions so as not to release and spread fibers. Contact a business, such as ENVIROTECH Inc, for more information. 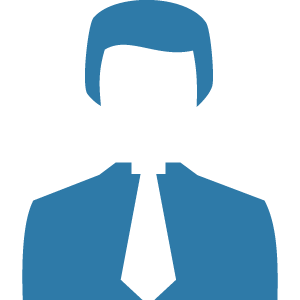 About a year ago, I realized that my family was wasting a lot of food and other resources. I realized that in addition to being wasteful and potentially expensive, the way that we were living could be harming the environment. I was frustrated about it, so I decided to see what I could do to protect the environment. It was a beautiful experience. One day, I took my family to a recycling center to learn more about recycling. The next day we cleaned up a local beach. This blog is all about understanding environmental concerns and responding appropriately. You never know--because of your own actions, you might be able to enjoy a cleaner world.